Today employees are frequently hired and fired based on social media research done by an employer. In fact, many employers make demands that employees do not discuss their employer in a negative light on social media from Facebook to Twitter. But recent legislation has said that such restrictions are illegal. The National Labor Relations Board says employees can discuss work life whatever way they want whether they are discussing it at dinner or on Facebook should make no difference. The organization fought for the reinstatement of several employees who were fired over disparaging posts on Facebook. “Many view social media as the new water cooler,” says Mark G. Pearce, the board’s chairman. “All we’re doing is applying traditional rules to new technology.”
But, there are instances when social media is rightfully used in matters of HR. Here are some of those instances: 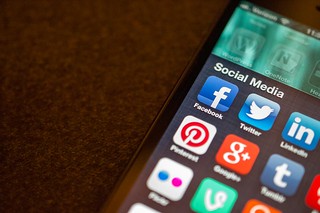 While the NLRB supports employee discussion of poor work conditions as a way of bettering said conditions, it doesn’t support generally offensive reflection of employers based on employee actions. Recently a reporter posted on his Twitter account: “What?!?!?! No overnight homicide…You’re slacking Tucson.” And he also posted, “Stay homicidal, Tucson.” The NLRB had no problem with the newspaper firing this employee over the posts because they were not trying to better work conditions, but rather were offensive and poorly reflected on the newspaper. Likewise, the NLRB supported a bar’s firing of a bartender who posted on his Facebook page that he hoped his “redneck” customers choked on glass as they drove home drunk. Because the posts poorly reflected the employer and had nothing to do with improving work conditions or employment, the NLRB supported the employee’s dismissal. 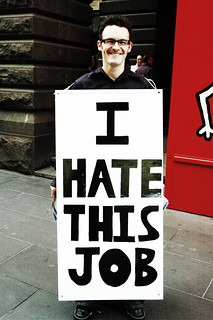 In the case that an employee agrees not to divulge company trade secrets and other details, HR departments are legally entitled to dismiss the offending employee. The HR department just needs to make sure that these social media policies are clear, according to Denise M. Keyser, a labor lawyer. She advises companies to implement specific social media policies rather than loose “across-the-board” restrictions.

Hiring Based on Social Media sites 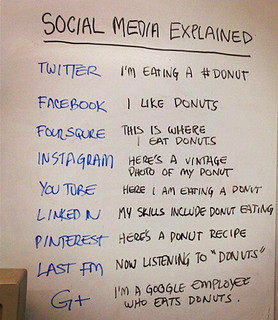 Employers are not just firing based on social media sites; they’re also hiring by screening Facebook pages and Twitter accounts to find prospective employees. Lawyers suggest if employers do this that they tread lightly. Not hiring someone based on decimation build off of Facebook research can be grounds for a lawsuit. Likewise, as more and more people become aware of HR’s use of Facebook to determine employee character, many are creating ‘fake’ Facebook pages that don’t accurately reflect the person’s daily activities. If you’re using Facebook as a way to recruit, just make sure that you do so in a respectful and non-discriminatory way and that you make sure the page is legitimate.

Social media brings private lives into public sight; in fact, that’s essentially the definition of social media’s goal. So it’s no surprise that HR departments are using social media to help them determine the effectiveness of a given prospective or current employee. As legislation starts to catch up with social technologies, just make sure that your HR department treads lightly, legally, and ethically.

Christopher Shanks is a blogger and uses several social media sites as inspiration for his articles about employment related stories. He also uses backgroundchecks.org and freepeoplesearch.org to find interesting people for his articles.

Carnival of MoneyPros at The Money Mail
Carnival of Retirement at Family Money Values
Carn. of Financial Camaraderie at Freeat33